Happy Holidays from the Turk and Little Turk 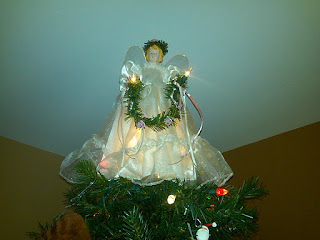 Happy Holidays to my friends, family and readers. The Turk enjoyed some quality downtime from the races following the Clark Handicap, which hard to believe, was a month ago. As a blogger I'm often loathe to take weeks off, but I remind myself I've never really been about traffic, ad revenue, or even good writing, so a few weeks away during the holidays is almost a public service! Seriously, I had nothing to offer over the past few weeks and I'd rather be silent than flap my gums for the sake of flapping.

Without the cycle of handicapping, blogging, betting, post race analysis (wash, sleep, repeat)I was able to go sleep early on Friday nights, push away from the computer screen on Saturday mornings, and think little of the races. This time of year, even though we haven't gotten much snow, I build a fire each Friday and Saturday night, and after Mama and Little Turk go off to bed, Kay, the family wiemaraner and I, will sit in quiet reflection and think on the events that were and the future to come. I like to believe that it's during this time that I elevate myself from drone to human.

The Turk had a good year overall and there is much to be thankful for. My family remains alive and healthy: Papa Turk's mechanical ticker is still ticking and cousin Kevin beat cancer. My nephew Danny, try as hard as he can, healed all his broken bones. My job continues to place food on my table and provide for my families needs. The job is a tough physical and mental grind, but I'm grateful for the opportunity and when it ends one day I'll be able to say I gave it my all. Little Turk became a black belt in his martial art, Bushido Kai. He worked all off season with a private coach and brought his soccer game to a new level as well. Little Turk is a good student, with grades in the low 90's, but more importantly, his report cards are filled with top marks for discipline and conduct and he's becoming a thoughtful young man. Unbeknownst to me, he wrote a paper in school recently about what he wished he could give for Christmas, and he wished he could bring Tim "Tiznow" Reynolds back to life for his family. Speaking of Tiznow, his death in late September might have been the low point of the year. The young man had so much passion for our sport, his death has left a void in many peoples lives, especially his family and young daughter. Lost as well this past year was Rachel Beard, DVM, a passionate horse racing fan and veterinarian. I hope both Tim and Rachel find peace on the other side.

I was blessed again this year to be able to collaborate with some of the best writers on the Internet(and traditional media) covering horse racing: Steve from Wireplayers.com invited my to join his merry group to vote on Derby Contenders for the second year in a row. It's a raucous group effort that I thoroughly enjoy and speaking of collaborations, I've contributed to some group "Top Five" efforts at Hello Race Fans! and I'm always honored at the opportunity to share my thoughts when they kindly ask. The Thorofan allowed me to handicap for The Handicapper's Corner. The Thorofan is an organization of people united together to give racing fans a voice and an opportunity to come together socially. Turf: An International Gathering of Horse Racing Bloggers and the Thoroughbred Bloggers Alliance are two groups that I proudly write for, and I have been grateful as well to have my postings available at Raceday 360 Wire.

The subtitle of this blog is "Horses, Handicapping and Hi jinks". I cover the handicapping pretty well along with the horses, but this ol' cigar chomping handicapper may bore you with what he considers hi jinks at this point in his life. In 2011 I was lucky enough to attend races at Santa Anita and Del Mar, as well as witness morning work at both tracks. I visited Turf Paradise, Belmont, Arlington, Aqueduct and Churchill Downs, as well as a brief, few race Saratoga visit. The highlight of the year was the Breeders' Cup with the Turk Clan and our dear friends from North of the border.

I'm going to be playing Santa Anita and Gulfstream primarily over the next several months. I had negative ROI through April the past three years in a row which doesn't surprise me: I don't pay attention to two year olds and the Derby prep races chew me up. I am positive ROI during that same time period with older horses and turf racing. A quick review showed I had spotty results at Aqueduct, Tampa Downs, LA Downs and a few other tracks I don't play often. That makes sense as well and I'll spend the first few weeks of the new year handicapping but keeping my bet exposure reasonable or non existent. I do my best work when I get a feel for how the track plays and with horses on their second efforts of a meet. I'm going to be a patient bettor but an active handicapper and post race analyst, which is my real love anyways (not that I have a problem with large stacks of money).

I'll be back before tomorrow with opening day at Santa Anita. Life is good friends, enjoy it, we are only here for a short while. I'd like to end with a final thanks to all the kind words of support my horse racing friends provided while my loving dog Kay went through a serious health scare. I didn't think she'd still be with me this time last week, and while not out of the woods, there is daylight again.

Blessed Christmas. Turk Out!
Posted by The Turk at 9:01 AM

Thanks for the HRF/R360 shout-outs and Hope to see you at SAR this year!

Shout Outs very justified! Always look forward to seeing you, I think its alot of fun guessing which Snuggie you will be wearing.

Hello,
Sports betting, unlike almost every other form of gambling, allows a smart and educated bettor to come out ahead. You may think this sounds impossible – after all how would bookies exist and make money if the odds weren't in their favour. However, once you begin to understand how the sport betting industry works you will see that it is quite possible for you and the bookie to both make money.

New follower also. Loved reading about you. I always have such a problem with my bio. Best wishes, Linda