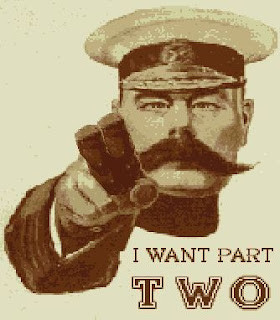 Last week we took an initial look at the Breeders' Cup Classic contenders, and now that we have a bit more information as to who may be in the starting gate it seems like the right time to circle back. As to not make you go back to hunt for Part 1, I'll tack it on the end or you can get to it from here.

We've got 12 athletes to study. I've already determined that I am hunting for the Super Hi Five and the Superfecta in this race so my layer handicapping approach will integrate my betting strategy as well. You just can't box your way to Super Hi Five success, well you can, but it would be pricey; Taking the top 7 and boxing them on a $1 bet would cost you $2,520. Now, this Super High Five, unless its wildly chalky, should pay more than double that and if it paid 10-20 times more than that i wouldn't be surprised. That said, boxing is out for The Turk, I want this win badly but I also want it old school cool too, as few combinations as I can. I'll employ a matrix betting structure. I could for example use 8 horses with 4 over 4 Over 5 Over 5 Over 5 for $562. We got options, let's not sweat that yet!

Await the Dawn is a Kentucky bred 4 year old son of Giant's Causeway, trained by Aidan O'Brien, wearing the silks of Tabor and Magnier, the silks I see when I close my eyes and think of Rags to Riches.

No dirt racing in his past and no races at the classic distance but he has run very well going left. Here he is going right in the Hardwicke Stakes (G2), 1 1/2 Miles over soft turf. In this article, O'Brien makes no bones about his desire for a Breeders' Cup Classic win.

Drosselmeyer is a four year old son of Distorted Humor, trained by Bill Mott. He posted a career best 104 Beyer in the Jockey Club Gold Cup over the slop in October, looked out of place in the 12 panel Sword Dancer before that over grass, and was a beaten chalk at 12 panels over the dirt in Brooklyn Handicap at Belmont, the track of his greatest victory. Actually since winning the Belmont Stakes in 2010 he's only won one race, the 60K One Count at the classic distance at Belmont in May of this year.

Gio Ponti is cross entered here as well as the Mile. No Dirt efforts and no wins at this distance. 1 win in five starts in 2011.

Prayers for Relief is a 3 YO Zayat Stables runner trained by Bob Baffert. 3 wins in 4 fast dirt starts and 4 of 4 in the money, with no attempts at the distance and a lifetime best 98 Beyer. Winner of Iowa Derby (G3), West Virginia Derby (G2), The Super Derby (G2)and a beaten chalk in the Oklahoma Derby 400K. Put up a bullet :46 3/5ths for 4f at SA this past week.

The Oklahoma Derby, Bejarano had the rail at the top of the stretch, swung him outside and got up for show.

Rattlesnake Bridge is another three year old son of Tapit trained by Kiaran McLaughlin. Comes in off Pennsylvania Derby (G2), a flattened out run and a well beaten Show to To Honor and Serve and Ruler on Ice.

Rattlesnake Bridge is 5 of 5 in the money on fast dirt with 2 wins and has only tried the classic distance once.

Both Ruler on Ice and Rattlesnake Bridge ran the Travers (G1) as well, losing to Stay Thirsty.

Ruler on Ice has only run the Classic Distance once, has only one win in seven tries over fast dirt but did pull off a shocking Belmont Stakes (G1) win at 24.75-1 odds.

Ice Box won the Florida Derby (G1)in March 2010, was Place to Super Saver in the Kentucky Derby and has done awfully little since then, but he ran pretty darn good at Churchill Downs last year at this distance, we shouldn't forget that, Nick Zito hasn't.

So You Think is a Coolmore runner trained by Aidan O'Brien. The High Chaparral(Ire)son (yes, two time Breeders' Cup Turf champion) seems like the sort of horse that could start on dirt for the first time and gobble up the distance.

Some nice effort in all these races for So You Think. Strange days indeed.

Tizway when healthy, is a dominant handicap division runner who should need no introduction. His trainer James Bond is confident. Interestingly, Trainer Bond thinks Flat Out is the horse to beat. We'll get to him soon. And it's unfortunate, but Tiznow won't be joining us in Louisville.

2011 Suburban H. with Flat Out in a powerful five wide move at top of stretch to win by 6 lengths.

Flat Out has been training sharply for his conditioner Scooter Dickey over the Churchill Downs surface.

To Honor and Serve was highly thought of by the members of the Wireplayers.com Derby Dozen Poll at the beginning of his 3 YO season.

Injuries, perhaps from some tough efforts at Gulfstream early in the year, put the son of Bernardini on the shelf.

But after being brought back slowly over the Saratoga season, even tried as a sprinter, To Honor and Serve fired off a freakish effort that highlighted his talent setting a stakes record time over a fast PARX track.

This Optional Claimer/High End Allowance race at Saratoga was a very nice effort at 9 furlongs as well.

Stay Thirsty is another son of Bernardini that I did a horrible job judging all year. I was fairly unimpressed with him as a 2 YO (a stupid, closed minded mistake that a horse player cannot make!)but let's review how things turned around for him.

I rationalized the Gotham off and he did little after that until the Belmont.

I rationalized this one off too; Wet track and a perfect rail trip. He did track the pace the whole way around and he made a nice run in the last 1/16th.

...but the Jim Dandy and the Travers can't be ignored (although the fields were pretty soft...rationalizing....)

I think you just toss the Jockey Club Gold Cup effort but that leaves the Travers as his last good race. Not many reports of sizzling works so we'll be paying attention over the next two weeks for some hype machine comments.

Game On Dude, poor animal, not exactly a regal sounding name he was, ummm, saddled with. Luckily, were professional horse players, we don't let names influence us. Never. Maybe a little.

The Turk's favorite trainer, Bob Baffert, really got a great game effort from Game On Dude over the Santa Anita dirt strip this year, a Santa Anita main track he's 3 for 3 on this year.

...and a bit of a shocker in the Big Cap

Take a look at this effort of Tizway and Game on Dude.

Uncle Mo has had quite a journey: I had a 12th picture frame ordered for my wall, the wall that has the 11 Triple Crown winners on it (this is my annual optimism)

..then just a questionable plan put together by Trainer Pletcher that gave him a very long break and then a return to action in a minor stakes race.

Injury/illness kept Uncle Mo on the shelf and the picture frame went back into my drawer. The son of Indian Charlie hasn't been past 8 furlongs since April, only twice in his career, and he's never been to 10f. My fellow blogger, Brock Sheridan at The Brock Talk wrote a nice piece recently about Mo's 220 yard elephant.

Here's the 1 mile Kelso. I'm just not sure how you can take the Super Saturday races and make something from them. Look at nice middle and end and he freaked out an awesome 1:33 and change mile.

Mo's been training sharply accordinging to the Pletcher machine.

Harve de Grace. The daughter of Saint Liam has had just an awesome year. She seems poised to be the chalk for the Classic, something she's deserving of based on her campaign. You wonder if she still has enough in the tank after some pretty tough efforts this year.

2011 Delaware Handicap at 10f was my favorite race of the year so far.

Another Super Saturday performance I'm not sure you can stake alot on but a win is a win.

The distance....I just don't know, but luckily today isn't about handicapping as much as it is reviewing the body of work that creates a Breeders' Cup Classic Champion.

While the racing may not have been indicative on Super Saturday, the commentary and insights of the E Train, Ernie Munick are always spot on

I'd be remiss to not say congratulations to The Little Turk. After six years of practicing two and three times a week he earned his Black Belt in Bushido Kai. Way to Go Little Buddy, we are all proud of our grifter in training. 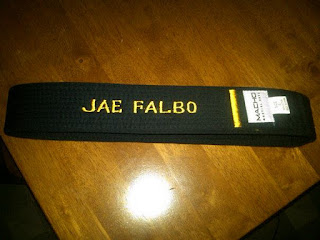